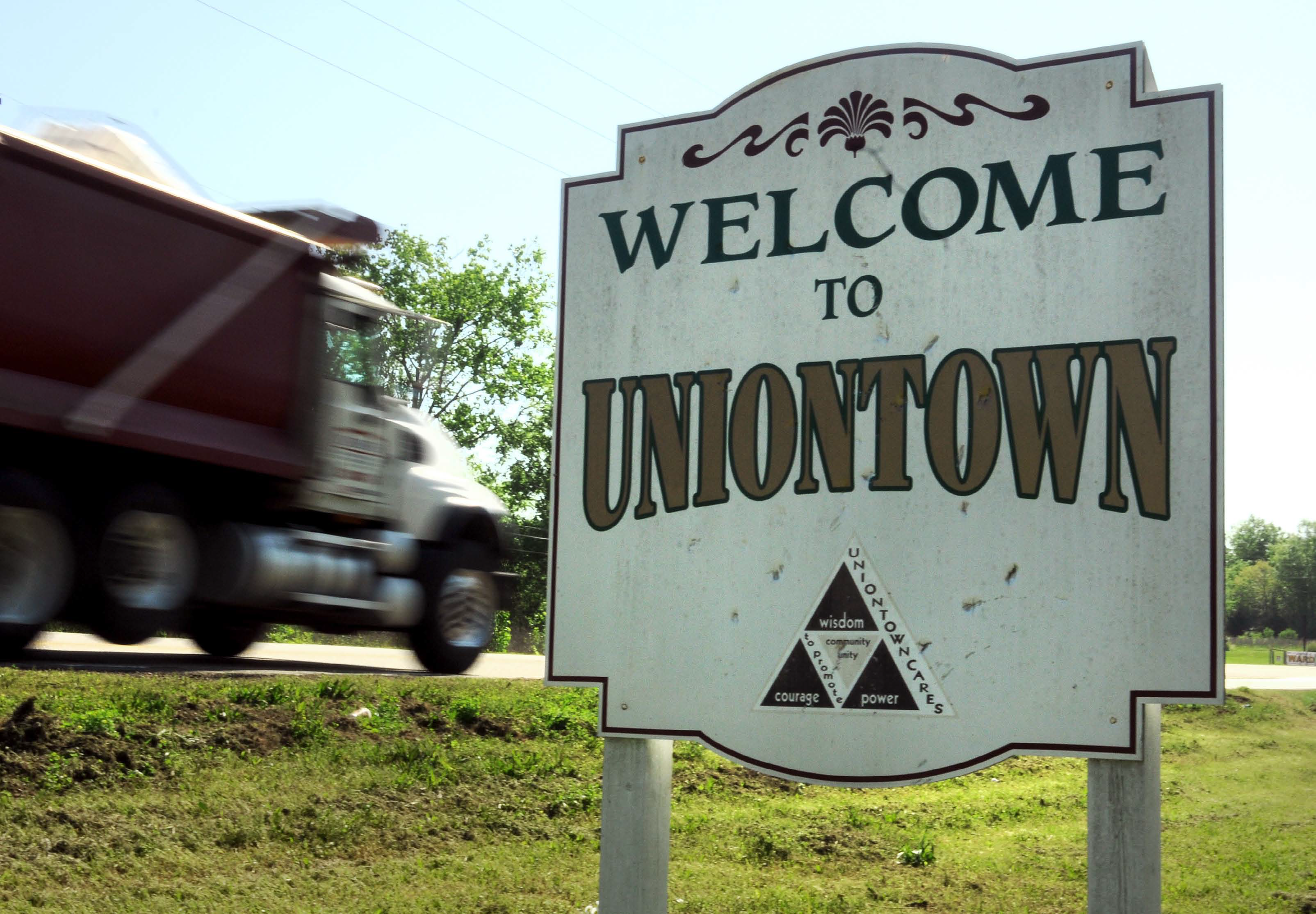 Uniontown, Alabama, is a small town in an area known as the Blackbelt. First settled in 1818, the place that would become Uniontown was initially called Woodville after the first family settling there; the town was incorporated on December 23, 1836. Woodville was the terminus of one of the earliest plank roads (a road literally paved with wooden planks) in the state, which was constructed in 1848 and connected Woodville with Demopolis.

The Alabama and Mississippi Railroad came through the town in 1857. By 1860, the town had grown enough to support educational facilities for both boys and girls. In addition to the schools, the town had a number of businesses on its main street, including two department stores, and the town's economy was tied closely to the surrounding plantations. The town became known as Uniontown in 1861 at the suggestion of a local planter, Philip Weaver, whose hometown was Uniontown, Maryland. Uniontown sent a number of men to fight with the Canebrake Rifle Guards during the Civil War, a unit named after the geographical region in which Uniontown is located, as well as in another unit known as the Independent Troop of Uniontown.

The area remained tied to the agricultural economy after the war. In 1897, the Uniontown Cotton Oil Company was established in the town, one of the first facilities of its kind in the state and one of the first industrial businesses in Perry County; it manufactured cottonseed oil and cottonseed meal.

By 1900, the town had cotton gins, warehouses, and a cotton mill. The city also had electricity and telephone services by this time. Less than two decades later, Uniontown began to lose population as more people abandoned plantations, primarily because of the boll weevil's ruinous effect on the cotton crop. The town remains largely dependent on the surrounding area's agricultural activities, including livestock farming.

Uniontown is a small country town in rural West Alabama, but progress has been made since the early times. As a result, the town has many new businesses, medical facilities, government services, and improved schools and recreation facilities, making Uniontown a great place to live.

Family life in Uniontown is great because of the schools, churches, and community organizations. Rich in history and tradition, with a beautiful landscape with old farms, and a sound City Government providing excellent services to the people, Uniontown will always be a good place to settle and raise a family.